Not every celebrity was born with the infamous Hollywood Smile. Although now anyone who makes it to the big screen has to have a breathtaking smile, it wasn’t the case many years ago. This allows us to track celebrities’ smile transformations to give you the most shocking celebrity veneers.

And it is no wonder why celebrities care for their smiles so much because research shows that people with a straight and bright set of teeth are more successful in life.

Veneers are a procedure that also goes by  Hollywood Smile, and it is a beautifying smile procedure. It’s very common among celebrities who weren’t born with naturally perfect teeth. Hence, why the procedure adopts its names.

This procedure corrects so many dental issues, pigmentation, crookedness, even gaps. This is why so many celebrities and people with different problems get the same procedure.

It’s a very natural looking and long-lasting procedure. Where the results of veneers can last around 15+ years with good care. A version of the veneers known as Lumineers is a treatment that can also fix a range of dental issues. The difference is that Lumineers doesn’t have to file down your enamel. 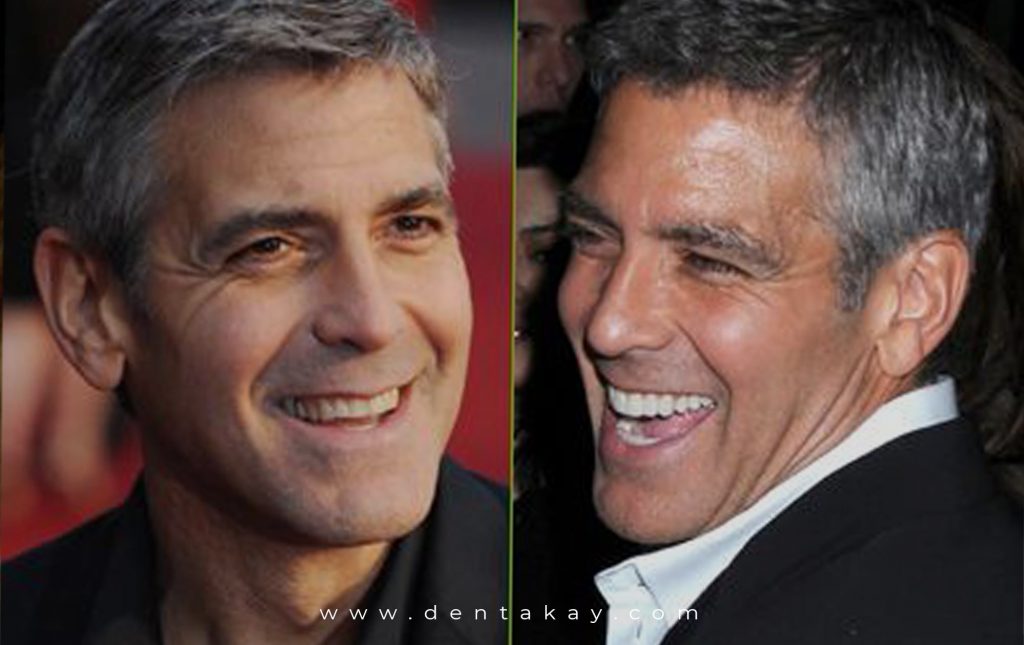 George Clooney before and after veneers

George Clooney is one of Hollywood’s most handsome men. The take ted director and his wife are melting hearts with their love. Many of us know a lot about George Clooney, but not as much know that he’s had celebrity veneers. From head to toe, the multi-talented film director and actor is known for his elegance and classy appearance that’s never over the top. Hence, why not many would guess that his extremely charming smile is artificial.

Georgie Clooney and his celebrity veneers are prime examples of people who think the procedure looks fake. Or to those who doubt whether veneers are worth it.

Victoria Beckham is the most famous Spice Girl who’s left the music industry to join high-end fashion and become a successful designer. She’s known for topping her looks and appearing her best at all times. While the talented designer isn’t known to be in cosmetic surgery, she’s resorted to veneers in the ’90s.

Victoria Beckham wasn’t born with the best of set teeth and instead of dwelling in self-pity she’s gone ahead and got her veneers. Now she enjoys a set of beautiful and natural-looking teeth that compliments her natural beauty.

Sweet Emma Watson has become every child’s obsession after starring in the Harry Potter series. Growing up on TV has left Emma unable to keep her smile procedures secret. Before joining the list of celebrity veneers, Emma Watson has gotten braces which she’d wear in between shootings for her Harry Potter movies. 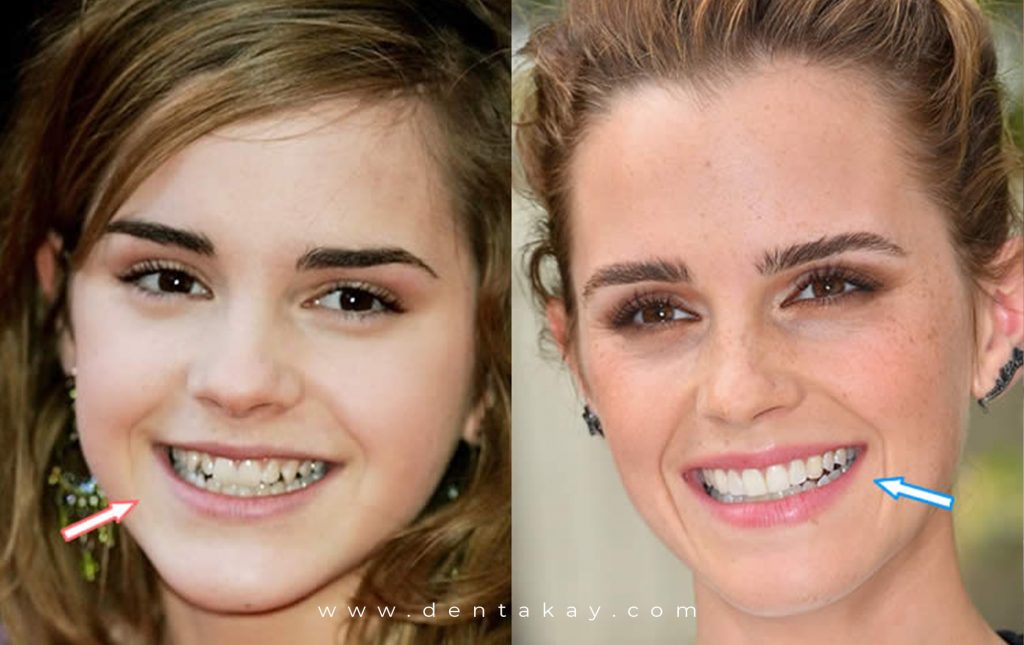 Emma Watson before and after Veneers

After fixing her severe alignment problems, Emma Watson got her veneers to get a beautiful smile.

Similar to many celebrities, Morgan Freeman wasn’t born with a naturally perfect set of teeth. But being in Hollywood means you have to get minor or major tweaks to your teeth.

Before being part of the celebrity veneers list, Morgan Freeman had has crowded teeth which minor pigmentation. Nothing that veneers won’t fix, and now he enjoys a set of teeth that makes his beautiful grin even more charming. 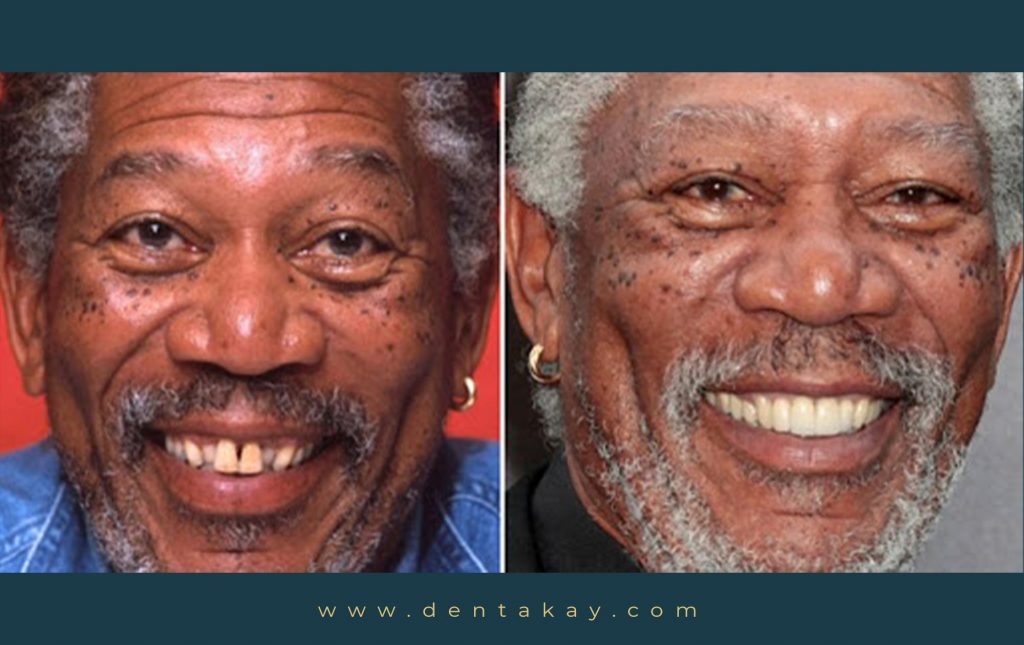 Morgan Freeman before and after veneers

Being a member of the famous 1D boy band Nial Horan since 2010, where Nial was 16, has allowed us to watch the sweet boy grow into a handsome man. While his teeth weren’t a big issue, Nial Horan got his celebrity veneers short after finishing his orthodontics treatment. He’s had issues with crooked teeth that were so severe he had to initially go for braces before veneers. 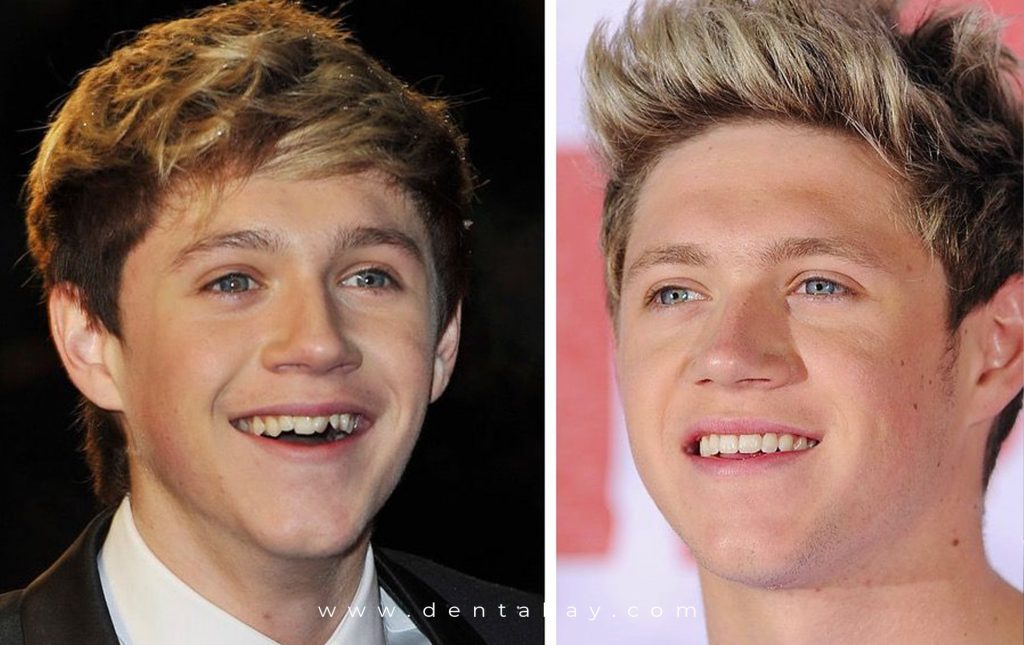 Nial Horan before and after Veneers

Pictures resurfaced of the big footballer’s pre-fame pictures and people were shocked. It doesn’t appear that Ronaldo has gotten many procedures aside from a decent hairdo and cosmetic dentistry. Ronaldo has joined the list of celebrity veneers that has given him his million-dollar smile.

With Ronaldo, we can tell that his drastic makeover was centered around his teeth. Because fixing your teeth is more than just aesthetics, it helps you balance your facial proportions and avoid bone loss. All of which can contribute to your looks in a good way.

The bottom line is that there is no issue with having crooked or discolored teeth. But many enjoy an attractive smile and meeting the international smile beauty standards for it. Whether you’re a celebrity or not, we all struggle with beauty problems. But going ahead and fixing them will do wonders for your mentality and even life.

Your social and professional lives can change drastically with the right smile. Hence, why so many people are jumping on the trend. The celebrity veneers list we discussed above shows you how some of the biggest and most accomplished a-listers had to do with some minor tweaks. And we can tell how much that changed their appearance.

But Veneers are Expensive!!

You’re not the first to think veneers are expensive. But you do not have to be a celebrity to get veneers because celebrity veneers are not only for celebrities. That is why trends like health tourism are flourishing and thriving with the biggest destination is Turkey. Many Europeans and Americans are heading to Istanbul for a relaxing vacation and to get top-quality veneers for a fraction of the price. Health tourism is a game-changer and is your chance of getting the charming smile that will bring out your natural beauty.

Contact Dentakay to learn all about veneers in Turkey. You can also check our before and after smile makeovers.

Teeth Covers: the 3 Types and Their Costs